For logistics and supply-chain professionals, there’s a new way to think about Puerto Rico: a 3,500-square-mile test bed for 5G and internet-of-things technology integration

What You Need to Know About Shipping to Puerto Rico

Drugmakers rode out Hurricane Maria in Puerto Rico, but keeping plants running while the devastated island picks up the pieces is likely to be tougher. Tax breaks and incentives made Puerto Rico the Caribbean’s economic powerhouse two decades ago, helping attract dozens of drug and device makers that built state-of-the-art manufacturing facilities. Puerto Rico officials have said that fully restoring power and water services to the island could take months or years.

Estimates of damage in Puerto Rico could hit $30 billion, according to Chuck Watson, a disaster modeler at Enki Research, as reported by the Washington Post. It may take months to turn the power back on. After Maria hit the island on Sept. 20, with winds up to 155 miles per hour, electricity was knocked out across the island. The island’s main electricity provider, government-owned Electric Power Authority, is racing to restore the island’s grid.

Rebuild or Relocate? Disaster Survivors Should Be Able to Choose

Stewart Thompson is bringing 70 employees of Puerto Rican startups to Calgary. Angels, accelerators and entrepreneurs helped in extraordinary ways to support the startups affected by recent hurricanes. Supporters can have a hand in preserving the startup ecosystem in an emerging economy

Hurricane Ian left a path of destruction in southwest Florida on Wednesday (following Hurricane Fiona’s destruction in Puerto Rico earlier this month), and as I write this, it is strengthening again into a Category 1 storm and heading toward Georgia and the Carolinas. 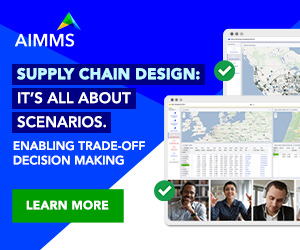 Companies Weren’t Prepared for Hurricanes in 2017

Hurricane Maria, which slammed into Puerto Rico on September 20, 2017, is a prime example of a catastrophe that reverberates through supply chains. It’s been reported, for example, that the destruction of medical device manufacturing capacity in Puerto Rico wrought by the hurricane has led to a national shortage of medical IVs, which has forced some hospitals to use alternative products and find new suppliers.

The Biggest Supply Chain Blunders of 2017

Puerto Rico Aid. One of the year's most devastating failures in supply chain planning happened in Puerto Rico after catastrophic Hurricane Maria. While aid and supplies were crucially necessary, thousands of shipping containers from mainland United States and other countries became trapped at Port of San Juan, Puerto Rico's main port. The biggest impediment to Puerto Rico's supply chain was a lack of available diesel fuel.

This is a large public company with 8,900 stores in the US, Puerto Rico, and US Virgin Islands. Brian Amend, Senior Director of Supply Chain Systems at Walgreens. You hear the term “digital transformation” everywhere. That means different things to different people.

Over Puerto Rico, rainfall of 1 to 3 inches with localized amounts of 5 inches are possible late Friday into Saturday. Note: Elsa became a hurricane after the embedded video was recorded.

US Bank partners with Mastercard for international fleet card acceptance

Bank announced it had partnered with Mastercard to offer a new card service that opens the Voyager fleet program to fuel, toll road, parking, hotel, food and maintenance locations in Canada, Mexico, Puerto Rico, and other U.S. The U.S.

How supply chain planners should spend their time, with cues from Chris Hadfield

Or, plan for what might happen if, let’s say, Puerto Rico endured a severe hurricane, or if Houston was flooded, or if a tsunami hit the Philippines, or if earthquakes occurred in Mexico. by Duncan Klett I was fascinated watching the key note address from Chris Hadfield at the Kinaxis user conference, Kinexions 2017. Canadians and space junkies will know him as the first Canadian to walk in space and as a commander of the International Space Station.

Affinity Empowering takes the ‘visit’ out of ‘doctor’s visit’

states and Puerto Rico and says it has managed well over 25 million health care transactions, including 3 million diagnostic tests, through its digital platforms.

How and why do hurricanes get their names?

Over the years it grew, and was a major provider of less-than-truckload (LTL) freight services in the New York/New Jersey metropolitan area, although the company’s services extended as far west as Chicago and included handling shipments into Canada and Puerto Rico.

How to Dispute a Walmart Deduction

What is a retail deduction? For retail suppliers, deductions can have a drastic impact on their bottom line. Deductions ( also known as chargebacks ) are the fines that suppliers receive from their retailers when a perceived issue has happened in the supplier’s supply chain.

52
Puerto Rico Retail Shipping How To

But that was before Puerto Rico was devastated by Hurricane Irma and Tesla’s entry level electric car (Model 3) experienced production delays. October 26th was supposed to be the day the world of short haul trucking got electrified. On October 6 th, Elon Musk, CEO of Tesla Motors & SpaceX, tweeted, “Tesla Semi unveil now Nov

” Despite his fundraising efforts, Wofford reports, “[In 2017,] when [Hurricane] Maria hit Puerto Rico, World Central Kitchen had [only] three full-time employees.” The volcanic eruption near Tonga reminds us that we never know where or when a disaster will strike.

Hurricane Sam to intensify on way to Caribbean

territories like the Virgin Islands and Puerto Rico. Hurricane Sam, the 18th named cyclone of the 2021 Atlantic hurricane season, will make big waves in Atlantic shipping lanes this weekend. Related: How and why do hurricanes get their names?

But that was before Puerto Rico was devastated by Hurricane Irma and Tesla's entry level electric car (Model 3) experienced production delays. Diverting resources to fix Model 3 bottlenecks & increase battery production for Puerto Rico & other affected areas. ". October 26th was supposed to be the day the world of short haul trucking got electrified.

Volumes from Puerto Rico are up by 19% and volumes from Asia are 18% higher. May was a record month for container volumes at JAXPORT , the Florida port serving the greater Jacksonville area and beyond.

Because of this definition, there are interstates that are beltways around large metropolitan areas or in places such as Hawaii, Alaska and Puerto Rico that cannot connect to other states. Interstate 17 (I-17) is another intrastate interstate (as are I-2 , I-4 , I-12 , I-14 and I-16 ).

Hurricane Fiona recently wreaked havoc in the Caribbean , namely in Puerto Rico and the Dominican Republic. Another wild quarter in the freight market has come and gone.

The Aftermath of Hurricane Ian for Multi-Industry Supply Chains

This storm had previously brought destruction and severe flooding among Caribbean regions to include Puerto Rico, Cuba , and other island nations, and rapidly grew to be a Category Four hurricane as it crossed the warm waters of the Gulf of Mexico.

It’s been drenching part of the Virgin Islands, Puerto Rico, Hispaniola, the Turks and Caicos, the Bahamas, and Cuba the past few days. Every Friday, FreightWaves takes a look at the past week or so in social media, highlighting images in trucking, transportation and weather.

On the other hand, Pharmaceuticals are a lot more exposed to policy changes, hurricanes (regional dependency in Puerto Rico) and cyberattacks than many others. Which Comes First?